1. SGA will not be an All Star… but he will be deserving. If I was salty, I’d bring up the fact that SGA should already have one All Star under his belt but Mike Conley’s lifetime achievement award stole the honor from him two years ago. Shai showed again after the break last year that he’s a future honoree in waiting. His numbers this year will be worthy, but he’ll just miss out due to team record and lack of national eyes on OKC. But that first All Star selection is coming soon.

2. Josh Giddey improves his 3 point percentage. There’s been a lot of hype about Giddey’s new and improved jump shot after working with Chip Engelland this summer. But like Josh said, you don’t go from where he started to being Steph Curry in a week. A whole season though…

3. Lu Dort will receive votes for All-Defensive Team. Much like Shai with the All Star vote, Luguentz will have an uphill battle due to team record. But Lu will pop up in the “also receiving votes” fine print.

4. Darius Bazley will be the Thunder’s most polarizing player. Half the fanbase thinks he’s a building block. The other half thinks OKC needs to move on. That will continue. Baze will have a future in the league as a solid defender and rebounder off the bench whether it’s in OKC or another city by the trade deadline.

6. Jeremiah Robinson-Earl is named a starter. Look, it’s hard to come up with something creative for each player when I just realized this journal wasn’t a group project the day of publishing, so just give me this layup, okay? Shots fired @JohnNapier.

7. Poku will not reveal what’s in the fanny pack. I absolutely nailed this prediction last year. And I’m smelling a repeat.

8. Tre Mann will lead the team in made 3s. The other nominees are SGA and Lu Dort due to volume, but Mann will be taking and making a high number of long-distance shots this season. Other Mann predictions made with less extreme confidence: Tre makes the biggest leap this season and Tre gets some votes for Most Improved Player. I’m burying those in the un-bolded section in case I’m way off though.

9. Aaron Wiggins continues to make a mockery of the 2021 NBA Draft. By the time The Athletic is publishing “Re-drafting the 2021 NBA Draft” articles in May 2023, Wiggins will be closer to a late 1strounder than he is to the #55 pick.

10. Jaylin Williams becomes Nick Collison’s favorite Thunder player. I’m not sure how many minutes JWill will play, but whatever that number is, his number of charges will be higher.

11. Ousmane Dieng will play more with the Thunder than the Blue. When Dieng was selected with the #11 pick, the words “raw” and “project” were flying around like hot cakes. But after Ousmane’s Summer League and preseason play, and given OKC’s recent history playing Poku-like projects, I think Dieng has a role on this team from day one… and that Ousmane may not be as raw as first thought.

12. Chet Holmgren will win Rookie of the Year. Oh my bad, this one is supposed to be in my drafts for next season’s 24 Statements Made with Extreme Confidence journal.

13. Kenrich Williams will continue to anger fans of contending teams. Judging from Twitter and NBA social media, opposing fans really want OKC to trade Kenny Hustle to their team for a late 1strounder or two 2nd round picks. Sorry, Lakers fans. This man is serious about retiring in OKC.

14. Mike Muscala does not cost OKC any draft capital. Mistakes were made. They will be remedied. You simply cannot trust Mike not to be clutch and hit 5 3s in every 15 minutes he plays. Once Moose gets too hot, this man will be rewarded with a nice spot on the bench.

16. Lindy Waters III will earn a real NBA contract. Whether that’s during the season as is Thunder tradition, I’m not sure. Whether it’s with the Thunder or another team, I’m not sure. But I think Lindy proves he belongs in the league.

17. Eugene Omoruyi will retire in the middle of the season to play linebacker for the San Francisco 49ers. And then lose to the Dallas Cowboys in the NFC Championship game.

18. Approximately 472,931 articles will be written about SGA being traded. And you can throw all of them into your computer’s recycle bin because it’s not happening. Sorry to break the bad news, Bleacher Report.

19. National analysts will never learn the difference between JDub and JWill. “Brenda, which one is JDub again?” “He’s the guard from Santa Clara.” “Oh okay! Nice layup from JWill!”… as JDub makes the nice layup.

20. Mark Daigneault will lead the NBA in successful coach’s challenges. One of my favorite things about Diagneault is his unflappable trust in his players. If a player tells him to challenge a call, he challenges the call. And he usually wins. It’s like the players know whether or not they fouled or got fouled on the court. Keep sleeping, other every other coach.

21. Michael Cage will confuse Chris Fisher with a movie reference nightly. Chris could recite you Cage’s entire church league roster by heart, but I’m not sure if my man has ever seen a motion picture in his entire life.

22. OKC will have 3 players in the Rising Stars Game. Giddey will be one. Jalen Williams will be one. I’ll let Tre Mann and Ousmane Dieng battle it out for the third spot.

23. OKC will have Top 7 odds to land Victor Wembanyama. That’s a 7.5% chance to land arguably the greatest basketball prospect of all time. And it’ll take some work to stay top… err.. bottom 7. 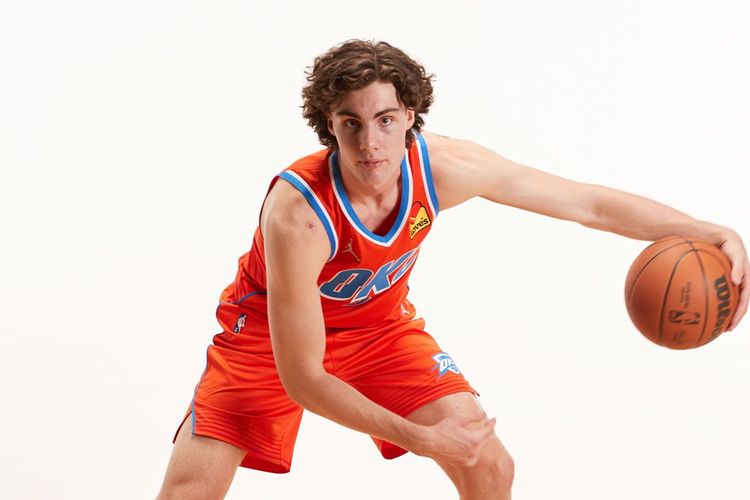 22 Statements Made with Extreme Confidence

It’s time for the annual tradition where Daily Thunder puts its reputation on the line with our prediction of
Oct 19, 2021
9 min read
Mar
25 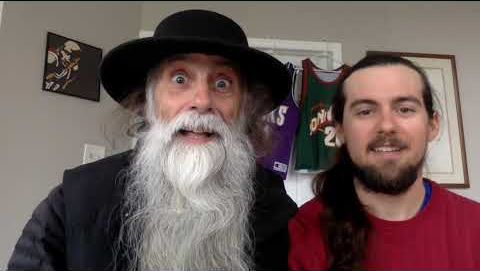