At least once a week I get a press release from the Thunder announcing some kind of community event. An appearance at a school, something called Thunder Fit Club, or hanging out at a hospital. I get press releases from basically every team in the league, but nobody blows up my inbox with the NBA Cares stuff like the Thunder.

So tonight, I finally decided to attend one.

Every year, the Thunder go big on something they call the “Holiday Assist,” which takes place at a SuperTarget in Edmond. Basically, 10 families get to go on a Christmas shopping spree with Thunder players that’s completely paid for on a $1,000 gift card provided by the organization, the players and Target.

This year’s was especially special though because the families that participated were all ones affected by the May 20th Moore tornado. Kids that had their houses blown away, that had all their favorite toys and teddy bears and clothes completely ruined, got to fill a shopping cart with stuff to try and replace it.

The Thunder have always had a unique perspective about how they want to integrate the team with the city and state. They don’t want to be a team playing in our city. They want to be a team that’s part of our city. So many teams give that kind of canned community-speak, but the Thunder mean it. The basketball is important. But it’s just one piece to the puzzle of how they can serve Oklahoma. I used to think it was mostly pure PR that the organization tried to play up, but after a lot of off the record conversations with folks and observing things, community involvement is part of the fabric of the team, a core principle they live by.

So tonight, I wandered around the aisles of Target, watching Kendrick Perkins carry two twin boys around on each arm. I watched Thabo Sefolisha help a young girl pick out which One Direction DVD she wanted. I watched Kevin Durant walk around with two little guys listening to every word they had to say. I watched Nick Collison help a shy little girl pick out 12 different Barbies. I watched Russell Westbrook try and keep up with two mini-mes, following around two hyperactive boys that wanted all the biggest toys they could find.

I watched Perry Jones III hand his gift card to the family he was with, pull out his own wallet and say, “I got it.”

(Sidebar: Steven Adams was definitely the best player to tag along with. His kid wanted a certain Lego that came in a specific color. So Adams turned around and asked the Target employee with them if they had it. When she said no, Adams didn’t hesitate. “Oh, well I bet Walmart does.” Then he proceeded to try and haggle with her on the $39.95 price.)

The Thunder don’t have a lot of traditions quite yet, but the annual shopping spree at Target is. Six seasons, six Holiday Assists. Collison called it one of his favorite things to do each season, and while that definitely reads like he totally didn’t mean it, the way he said it made me think different.

It was a simple night that was actually missing the kind of micromanagement that typically comes with Thunder things. I showed up expecting it to be extremely commercialized and staged, with everyone following a strict protocol that was all put together specifically for the cameras. But it wasn’t at all. It was genuine, and it was heartfelt. The charm of the event was really in that there was no organization. Families got their names drawn to go with a player, they grabbed a cart and off they went. It felt organic. It felt natural. Considering how things often operate with the Thunder, that surprised me.

Anyway, that’s it. An endearing, simple event. Sure, some of it’s about the pictures and the PR, but it’s mostly about making Christmas for 10 families that really needed something good to happen.

Now back to your regularly scheduled basketball talk. Anyone have any thoughts on Kendrick Perkins? 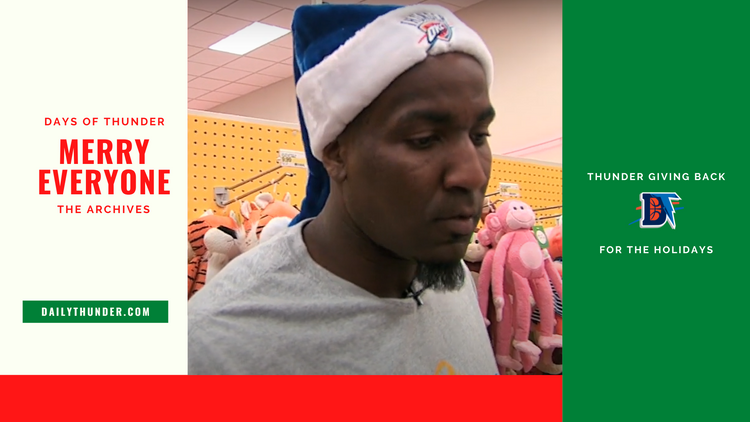 Days of Thunder: Merry Everyone

Days of Thunder ⚡ Dusting off the heartbreaks, thrills, and mysteries that have made the NBA's youngest franchise one of its
Aug 29, 2022
9 min read
Jul
06 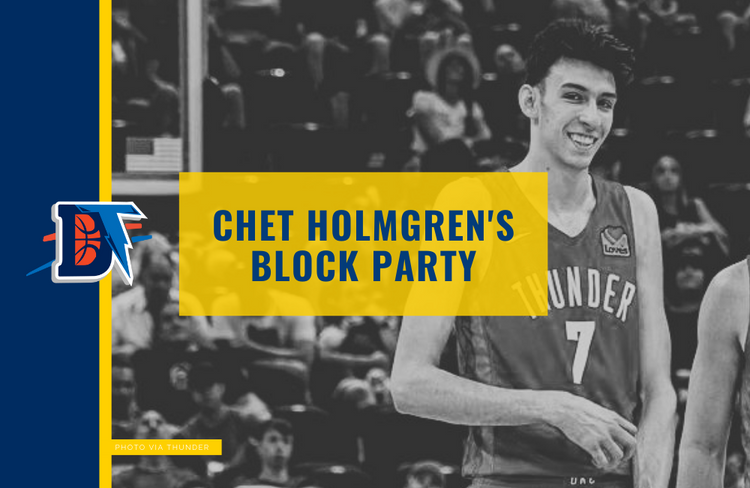 I am going to start with the obligatory summer league disclaimer. This is Summer League, we should not overreact. BUT.
Jul 6, 2022
4 min read
Jun
27 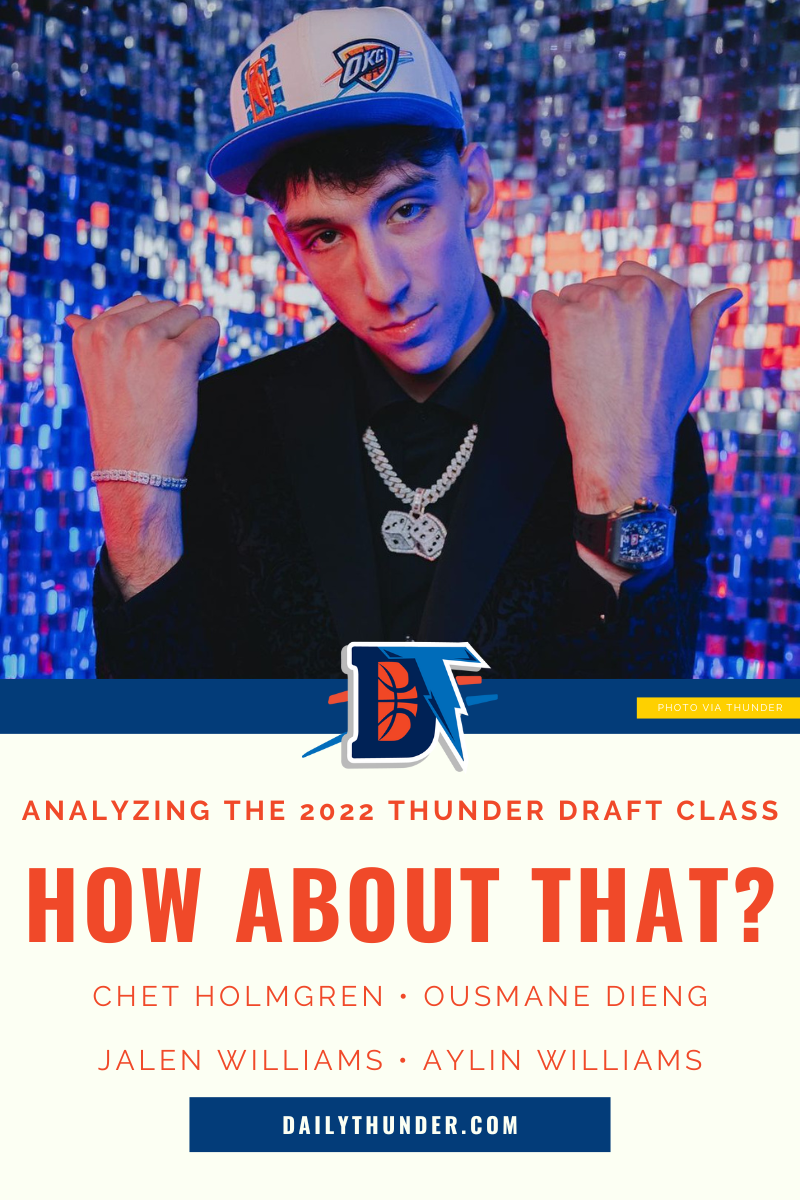 How About That 2022 Thunder Draft Class?

To receive exclusive and early-release features like the article below in your inbox before they publish to DailyThunder.com, join
Jun 27, 2022
12 min read