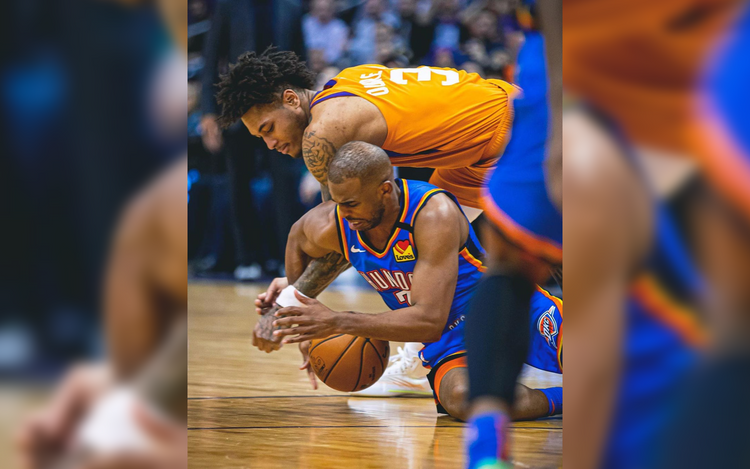 Thunder Trade Chris Paul to the Suns for Package of Players, First Round Pick

Adrian Wojnarowski (ESPN) reports that the Thunder are sending Chris Paul and Abdel Nader to the Suns in exchange for
Nov 16, 2020
1 min read
Jun
25

Russell Westbrook talks about Ricky Rubio and the draft

Russell Westbrook was just on Rome Is Burning (sporting a new little buzzhawk) and he talked about the draft tonight.
Jun 25, 2009
1 min read
Jun
24

Could Ricky Rubio and Russell Westbrook co-exist in the backcourt?

A cold keeps Rubio from working out for the Kings; next stop OKC?

Ricky Rubio was set to run drills for the Kings yesterday, a workout that was highly anticipated. But it wasn’
Jun 18, 2009
1 min read
Jun
12

Brandon Jennings (along with Jonny Flynn and Jrue Holliday) worked out for the Kings today and while the workout was
Jun 12, 2009
3 min read
May
29

Rubio over Griffin: Is there any chance?

Just a month ago, Blake Griffin was the absolute consensus No. 1 pick. There was just no doubt about it.
May 11, 2009
1 min read