Anyone else tired of the 24 hour coverage of Dez Bryant not picking up someone’s laundry on local sports radio? Me too, so let’s talk some NBA/professional basketball. This week we look at life after a superstar, what does a franchise do once they lose their core piece and how does a franchise avoid losing their own all-star players? We talked to ESPN TrueHoop bloggers Zarar Siddiqi (Raptors Republic) and John Krolik (Cavs: The Blog) to get the scoop.

The interview with Zarar was informative and included a ton of Thunder talk, unfortunately the audio on our Cavs interview was very poor so we’ve got a quick recap of what was said in the discussion. In this week’s edition of “What Up With That?” we take a look around the NBA and Thunder organization including: Miami jersey’s at an Indians game, Team USA, Bosh dissing Canada, Mike Winger’s signing and of course KD’s tweets. Subscribe, listen, and comment!

Jacob breaks down the OKC Thunder’s 113-118 loss to the Sacramento Kings, talks about Shai’s superstardom, the struggles
Jan 21, 2023
Jan
19 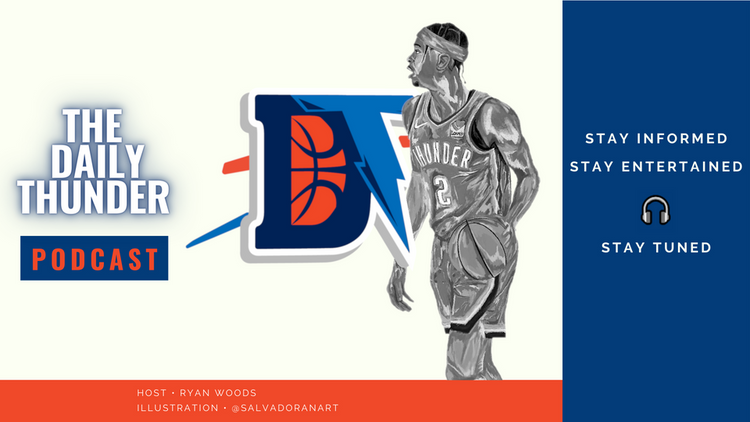